Almond tree: a symbol of rebirth For us at Ofrynio Beach – Costa Ofrynio, the arrival of spring is synonymous with the blossoming of the almond tree. A large part of the local population is occupied with agriculture, with almonds being one of the main local crops. Every year at this season, the countryside is flooded with the blossoms of this plant, the landscape takes on its characteristic white-pink colour and a sweet fragrance dominates the atmosphere.

But how many of you know the legend about this plant that is found in abundance in our region?

According to ancient Greek mythology, the son of King Theseus Demophon, after the end of the Trojan war, found himself in the Visaltes. There, he met Phyllis*, daughter of King Sithon, and the two young people fell in love and became engaged. 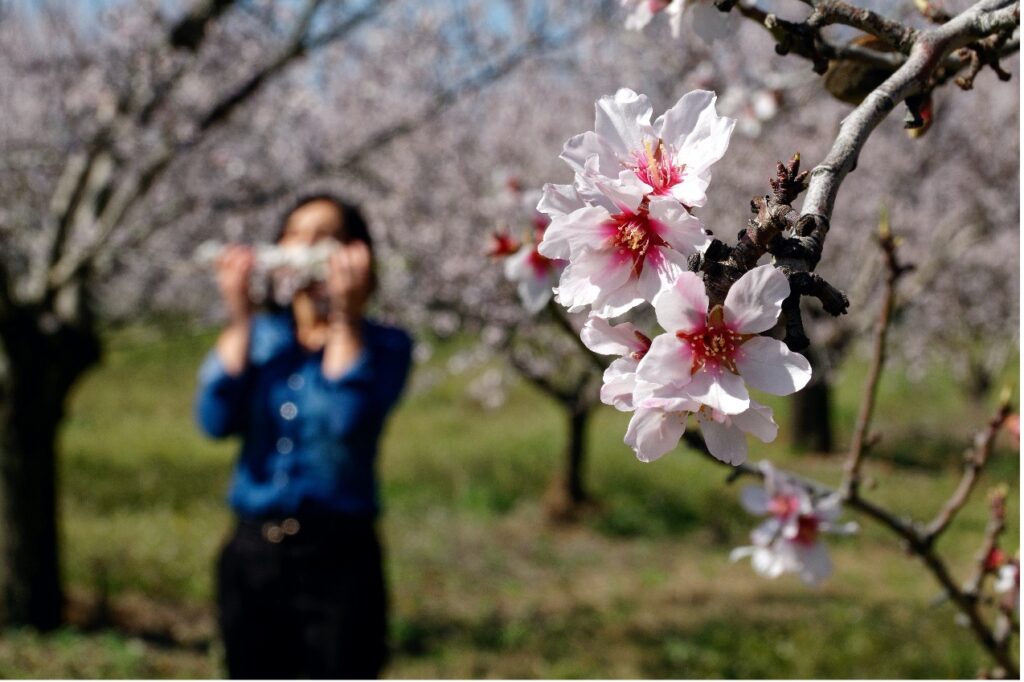 Demophon, though, had to leave for Athens and so he separated from his beloved, who was pining away as her fiancé delayed his return to her. The gods, in order to save her from this torment, transformed her into a tree.

When Demophon finally returned to the place where Phyllis was waiting for him, he saw before him a withered trunk, and as soon as he realized what had happened he embraced it, and then the tree began to blossom. Thus, the almond tree was born, and since then it has been a symbol of love and rebirth.

*The area between Mount Paggaio and the rivers Angitis and Strimonas, according to Herodotus, was called “Phyllis”.